Protect Our Prairies Act reintroduced in the House 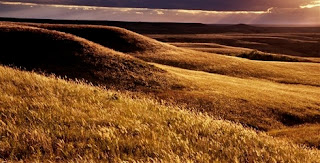 Last month, Representatives Noem (R-SD) and Walz (D-MN) introduced legislation to protect ’s remaining native grasslands through a national sodsaver provision. The Protect Our Prairies Act (HR 686), which has the support of nine bipartisan co-sponsors, is common-sense legislation that would reduce taxpayer-funded incentives to destroy vital grassland resources.
In a statement that NWF released to the press about the bill, Aviva Glaser, Legislative Representative for Agriculture Policy at National Wildlife Federation, said: “ is at risk of losing one our most iconic ecosystems. Native prairies, along with the wildlife that are dependent upon them, are disappearing at an alarming rate. The Protect Our Prairies Act will help protect this vital resource by promoting management practices that conserve native grasslands…With this legislation we can protect vital habitat for declining wildlife and save taxpayer dollars while ensuring that some of the riskiest land for crop production is kept in grazing use. It is critical that the House Agriculture Committee include this national sodsaver provision in the 2013 Farm Bill.”
Contact your representative and ask them to co-sponsor this important cost-saving and important habitat-saving legislation.

Posted On February 11, 2014
Press Release by Clarence "Frenchie" Frye of Lebo, Kansas The Kansas Hunting and Fishing Expo and the Quail & Upland Wildlife Federation are proud to…

Posted On August 31, 2017
At 1:30 a.m., August 31, a 14-member team of Kansas game wardens from the Kansas Department of Wildlife, Parks and Tourism (KDWPT) departed Wichita…