"Wisdom" the Albatross Does it Again

If you didn’t already hear, “Wisdom,” the female Laysan Albatross on Midway Atoll National Wildlife Refuge, a bird who is at least 62 years old, is a mother again. Early on Sunday morning, 3 February, Wisdom’s most recent chick was observed in the nest, pecking its way out of the egg.
You’ve probably heard about Wisdom and her chicks before. She was first banded in 1956, when she was incubating an egg in the same area of the refuge. She was at least five years old at the time.
For more on the blessed event, see here: www.usgs.gov/newsroom/article.asp?ID=3504 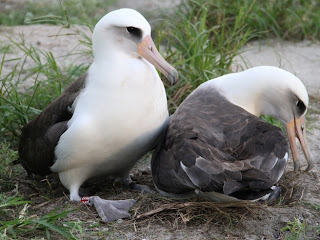 Posted On December 8, 2012
2nd Annual KVOE “What’s in Outdoors” Outdoor Trivia Contest…Just in time for Christmas! Visit The What's in Outdoors page at www.kvoe.com and click on the…

Posted On October 8, 2015
The Kansas Governor’s Ringneck Classic is committed to contributing to Northwest Kansas, the youth of our communities, habitat improvement and wildlife conservation. As a…